How to immigrate to Canada from the United States 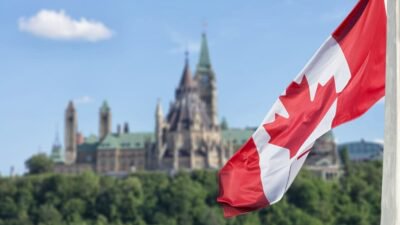 Like all immigrants, U.S. residents require a work or study permit if they plan to live, study or work in Canada for more than six months. Canada processes applications from those who immigrate from the U.S the same way as other applications from around the world.

U.S. residents who wish to immigrate to Canada have over 100 immigration pathways to choose from that range from skilled worker programs to sponsorship.

The most prominent pathways for skilled workers fall under the Express Entry application management system. There are three programs that use this system: Canadian Experience Class, Federal Skilled Worker Program, and Federal Skilled Trades Program.

Each of these programs has different eligibility criteria but they all use the Comprehensive Ranking System (CRS). CRS awards points for factors such as age, education, work experience and language. A higher score often increases the chances of receiving an invitation to apply (ITA) for permanent residency from Immigration Refugees and Citizenship Canada (IRCC).

It is also possible to apply through a Provincial Nomination Program. To do this, candidates submit an Expression of Interest directly to a provincial government. If the province deems that a candidate would be a good fit in the province, they may send a letter of nomination to the candidate that can be used on an Express Entry application for additional CRS points.

Provinces may also look for candidates in the Express Entry pool that they feel have the skills, education and work experience to contribute to the economy of the province. They can invite the candidate to apply to the province, even if a candidate has not been seeking nomination, through a process called enhanced nomination. It is important to note that obtaining a provincial nomination does not automatically mean a candidate will be granted permanent residency. The final decision lies at the federal level, with IRCC.

Americans who have family, spouses or common law partners can come to Canada under family class sponsorship.

Canadian citizens or permanent residents over the age of 18 may be able to sponsor a spouse, common-law partner, dependent children, parents, or grandparents. Eligibility criteria depends on the number of family members being sponsored and their relationship to the sponsor.

Relatives such as aunts, uncles, cousins, and siblings are only eligible for sponsorship in specific circumstances.

The Canada-U.S.-Mexico Agreement (CUMSA) is a means of facilitating entry for those seeking a temporary work permit if they are considered CUSMA professionals, coming to Canada as part of a CUSMA intra-company transfer or as a CUSMA trader.