Even if only in transit through Canada, inadmissibility can still pose problems to travelers who have a charge on their record.

In addition to being a common travel destination, many international flight itineraries include a connection in Canada. Several Canadian cities located on or near the coast serve as gateways to popular destinations located in Europe, Asia, the United States, and throughout the world. 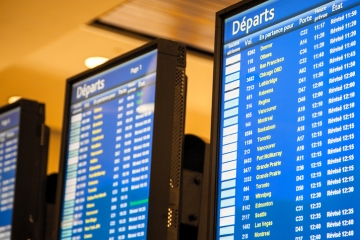 Due to the fact that most flight routes through Canada entail only a transient, short term stay in the country, one might not expect that Canadian inadmissibility issues might have an impact on such a trip.

Unfortunately, as intuitive as this expectation is, problems relating to inadmissibility can occur for individuals seeking to transit through Canada. This is because to catch a connecting flight at one of Canada’s airports, travelers are often required to pass through Canadian customs. When this is the case, in the eyes of Canadian border authorities, there is no difference between entering Canada to transit through the country, and entering Canada to stay.

In both situations, immigration officers must ensure that the traveler does not pose a security risk to Canada. Therefore, the standard rules of Canadian inadmissibility apply. Because of this, even if the final destination is not on Canadian soil, many trips have been cut short as a result of the traveler being found inadmissible to Canada.