Inadmissibility to Canada: Information for airlines and their staff

If someone who works in the airline industry has a criminal record, it is likely that he or she will have problems entering Canada.

Canada is an important hub for the airline industry, both in terms of travel destinations and connections to other countries. This heavy volume entails the need for many airline employees in various occupations to travel freely in and out of Canada. It is important that pilots, flight deck crew, and cabin crew not be restricted in terms of their ability to enter the country legally. 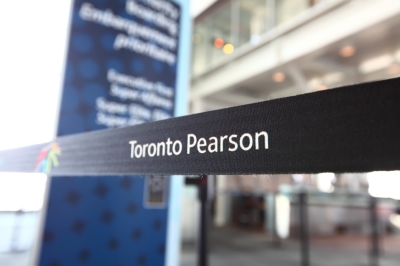 While this is not an issue for most people, certain individuals with criminal offences on their record can be found criminally inadmissible to Canada. For those in the airline industry, this can have some implications.

At best, for those who are criminally inadmissible, routes with a Canadian stop on the itinerary would unfortunately not be an option. This would restrict them, as they would be forced to pick and choose flight plans that avoided Canada, potentially leading to inconvenient work schedules and stops in destinations they would not normally choose. This is, of course, assuming the airline is comfortable employing a criminally inadmissible individual.

At worst, being found criminally inadmissible can lead to sanctions from the airline, and even dismissal. It is not unusual for airline personnel to receive suspensions or be put on leave until their criminal inadmissibility is resolved. For airlines, employing staff who do not have the ability to legally enter the country is a serious issue. Depending on the severity of the charges on their record and the amount of time that has elapsed since the completion of their sentence, different options might be available to them.

The border officer has discretion

Even if an individual as never previously experienced any trouble at a Canadian Port of Entry, it is still possible for him or her to be denied entry to Canada. Border officers have a wide discretion in the exercise of their duties. Their individual assessment of an individual is important in terms of whether or not they are allowed to enter the country.

Often, individuals can be permitted to enter the country without the border officer doing an exhaustive background check. Even if the border officer sees some blemishes on the individual’s criminal record, it is within the officer’s power to allow the individual to enter Canada even though that individual might technically be inadmissible. This is especially the case as it concerns airline personnel, due to the fact that because of the nature of their occupation it is widely assumed that there are no legal restrictions on their ability to travel.

A criminal record may affect employment

In addition to current airline personnel, criminal inadmissibility can affect those aspiring to join the airline industry as well. Most airlines require a detailed background check for potential employees, and many airlines will not employ somebody who has a criminal record. For this reason, it is important to look into how to resolve your criminal inadmissibility even before initiating the employment application process. If you do find that you are inadmissible, there are steps you can take to minimize the chances of you losing out on an employment opportunity. Sometimes showing the airline proof that you have initiated the process of resolving your inadmissibility can alleviate their concerns and your candidacy may still be considered. It is important to show them that you are being proactive and are doing everything you can to maximize your chances of resolving the issue.