Quebec Immigration: How to Immigrate to Quebec as a Skilled Worker 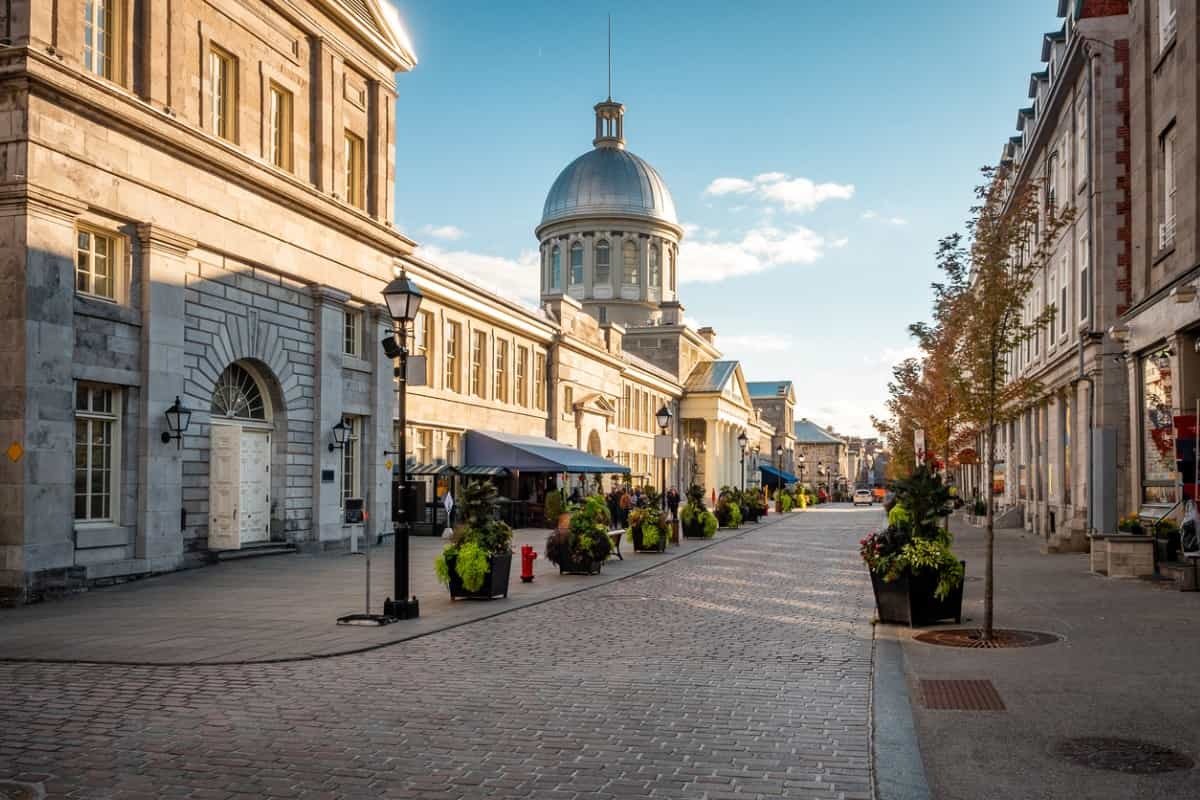 Quebec is rich in history, culture, breathtaking natural landscapes and offers a unique blend of French and Canadian heritage. The province has a unique status in Canada, with specific provisions and powers to protect and promote its distinct culture and French language while being part of the Canadian federal system.

As such, Quebec has its own immigration process, with its own programs and selection criteria. This comprehensive Canadavisa page will provide you with information on your immigration options and an overview of the process of obtaining a visa for Quebec.

Quebec, however, has more immigration authority than any other province. Quebec became more active in Canada's immigration system when it launched its own immigration ministry in 1968. At that time, Quebec recognized that welcoming more immigrants was key to maintaining its strong Francophone character.

In step one, Quebec selects immigrants according to its own criteria and procedures. If you are selected by Quebec, you and your accompanying family will receive a Certificat de sélection du Québec (CSQ). This document is issued by the Ministère de l'Immigration, de la Francisation et de l’Intégration du Québec and you can obtain it by applying for one of Quebec’s immigration programs.

Receiving your CSQ confirms that you have been selected for immigration to Quebec. Following this step, you can proceed to step two. This means that you will be able to apply to Immigration, Refugees and Citizenship Canada for permanent residence and pass the medical, security and criminality checks necessary to become a permanent resident in Canada.

Simply put, to immigrate to Quebec, you and your family will need to meet the requirements of both levels of government.

Under a new measure introduced in 2022, applicants who receive a CSQ and proceed to the federal approval for permanent residence may be eligible to come to work and live in Quebec on an International Mobility Program Plus (IMP+) open work permit while waiting for Canada to make the final decision.

What are Quebec's Economic Immigration Programs?

Quebec is unique in that it is the only province in Canada where French is the only official language. To protect this distinctive status, Quebec places special emphasis on knowledge of French when selecting immigrants. While fluency in French improves one's chances of immigrating to Quebec, it is also possible to meet the requirements of Quebec's immigration programs without speaking that language.

Quebec selects skilled workers for immigration based on the demographic and economic needs of the province and specific annual admission targets.

Foreign nationals who are interested in settling in Quebec may be invited to apply for a CSQ through one of the following economic immigration categories.

Also known as the Quebec Skilled Worker Program, the QSW an immigration program for foreign skilled workers who want to become permanent residents of Canada and reside in Quebec.

For this program, you must be one of the selected individuals with training and professional skills that will facilitate your integration into employment in Quebec. Language proficiency, age and family situation are other factors that are considered in the selection process.

Learn more about the QSWP

The PEQ is a popular immigration option for international students who have obtained an eligible diploma from a Quebec post-secondary institution and skilled workers with eligible work experience in the province.

If you are 18 years old or older, you intend to stay in Quebec to hold a job and have a minimum of an advanced intermediate level of French language proficiency you may be eligible to qualify for the PEQ.

The PEQ is popular due to the large number of students and workers already in Quebec that want to remain as permanent residence. The PEQ was launched following the results of extensive government research showing that those with Canadian work experience tend to integrate more quickly into the labour market once they transition to permanent resident status.

Learn more about the PEQ

There are currently three permanent immigration pilot programs in Quebec, targeting workers in the food industry, orderlies and the artificial intelligence, information technology and visual effects sectors. These immigration pilots are designed to help Quebec meet the high demand for skilled workers in specific fields.

Up to 550 principal applicants in eligible occupations will be selected each year under each pilot program. Accompanying family members may also receive Quebec selection certificates under these pilot programs.

These pilot projects include French language requirements, but also in some cases, francization courses are offered to workers with the desired profile, rather than requiring a thorough knowledge of the French language during the immigration process.

Learn more about the pilots

Foreign nationals who can prove they have the resources can apply for immigration to Quebec under three immigration programs for businesspeople.

If you are looking to move to Quebec to start or acquire a business, you may be eligible for the entrepreneur program.

1. How do I immigrate to Quebec?

There are many different ways to immigrate to Quebec, including the skilled worker pathways, family sponsorship and those for business people. To find out which pathway is right for your particular situation, we invite you to fill out our free assessment form.

2. How do I know if I can immigrate to Quebec?

3. What do I need to do to immigrate permanently to Quebec ?

Quebec has a special agreement on immigration with the Government of Canada. The province has its own characteristics for selecting immigrants who will adapt well to life in this province, the only one in Canada whose official language is French.

To immigrate permanently to Quebec as a skilled worker, you must apply in two stages, as follows:

1. Apply to the Government of Quebec for a Certificat de sélection du Québec (CSQ). The province of Quebec will assess you using its own rules.

2. If the province of Quebec selects you you will be issued a CSQ, then you will be able to apply to Immigration, Refugees and Citizenship Canada for a permanent residence visa.

5. I am a permanent resident in Canada, can I move to Quebec?

Yes. If you have already obtained permanent resident status, you have the right to reside, work or study in any part of Canada. However, if you have been nominated under the Provincial Nominee Program, the nominating province has chosen you to bring particular skills to its jurisdiction and to contribute to its community and local economy, and as such it is expected that you will settle and remain on that territory.

6. What jobs are in demand in Quebec?

Quebec has the fastest aging population in the country, so employment needs are diverse in its economy. Jobs are in demand in a wide variety of fields such as information and communications technology, health, transportation, finance, professional services, agriculture and education.

Quebec has a list of occupations that are particularly in demand in the province. This list is updated periodically and indicates which occupations are experiencing a shortage of qualified workers in the labour market.

In addition, Quebec has recently introduced three pilot projects in the health, food processing and information technology sectors in order to address labour shortages in these areas.

7. How can I get a job in Quebec on temporary basis?

To find out how to get a job and be authorized to work temporarily in Quebec, see our Temporary Foreign Workers Program page.

8. How much does it cost to immigrate to Quebec?

Immigration, whether temporary or permanent, involves significant costs. Before you leave, it is essential that you carefully assess the costs associated with your new life and your capacity to cover them.

You will need to sign a self-sufficiency contract with the government to ensure that you will be able to pay for the first few months of your life in Quebec.

You must be able to meet your basic needs, including food, clothing, personal necessities and housing costs. You may also have settlement expenses such as furniture, electricity, internet and telephone, public transportation, car, gas, driver's licence, home or car insurance. You will also have to cover the cost of immigration documents and processing such as the Quebec Selection Certificate, Canadian Permanent Resident Fee and medical expenses, etc.

9. Do I need to prove my language skills to immigrate to Quebec?

Any candidate who applies under the Regular Skilled Worker Program can obtain points for their knowledge of French and written English. A standardized test must be submitted.

See our English and French Language Proficiency page for more information on the tests recognized by the department of immigration.

The short answer to this question is, yes.

The province’s goal for the coming year is to welcome between 43,000 and 44,500 immigrants. The majority of new admissions to Quebec, 62 per cent, are expected to come from the province’s economic immigration programs.

No, you do not need a job to immigrate to Quebec. However, having a valid job offer can make it easier for you to obtain permanent residence.

CanadaVisa.com was founded as the online presence of Cohen Immigration Law. Since its launch in 1994, CanadaVisa has grown into one of the globe's most trusted resources on Canadian immigration. If you want to immigrate to Canada through Quebec's skilled workers programs or another skilled worker pathway, the first step is to complete a free CanadaVisa assessment form. If you are eligible for Quebec or Canadian immigration, a member of the Cohen Immigration Law team will reach out to provide you with as much assistance as possible.