Attorney David Cohen and his team of Canadian immigration specialists are dedicated to assisting you with achieving your goals of immigrating to Canada with your family and developing your business career in Canada.

Attorney David Cohen is Senior Partner at the Campbell Cohen immigration law offices, and leads the Canadian Business Immigration team on all client mandates. David graduated from prestigious McGill University’s Faculty of Law, and is a member in good standing of both the Quebec and Canadian Bar Associations, as well as the American Immigration Lawyers Association. David started his own practice in 1976, just when the Canadian government was radically changing its immigration laws and policies.

In 1994, David became one of the first lawyers to offer a full range of Canadian immigration services to prospective immigrants and foreign temporary workers over the Internet. He is also the managing editor of the Canada Immigration Newsletter, which is distributed weekly to approximately one million subscribers.

Daniel Levy is a Senior Attorney at Campbell Cohen and leads the Canadian Business Immigration and Work Permit teams on all client mandates. He has been working with Campbell Cohen since May 2009 and spends his time between the firm’s offices in Montreal and California, where he advises film/TV, technology, and other private sector companies on the intricacies of Canadian Immigration law.

Daniel has been invited to speak before many esteemed groups, including but not limited to the Conference Board of Canada, the National Association of Criminal Defense Lawyers, California DUI Lawyers Association, the Canadian Employee Relocation Council, and Stanford University. Daniel has previously served as a member of the Quebec Executive Committee of the Canadian Bar Association and was named in Who’s Who Legal as one of the world’s highest-ranking Corporate Immigration lawyers in both 2018 and 2019. 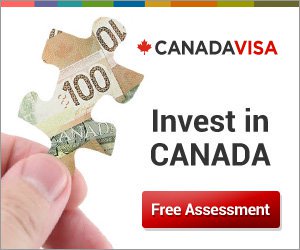