This page covers the following: 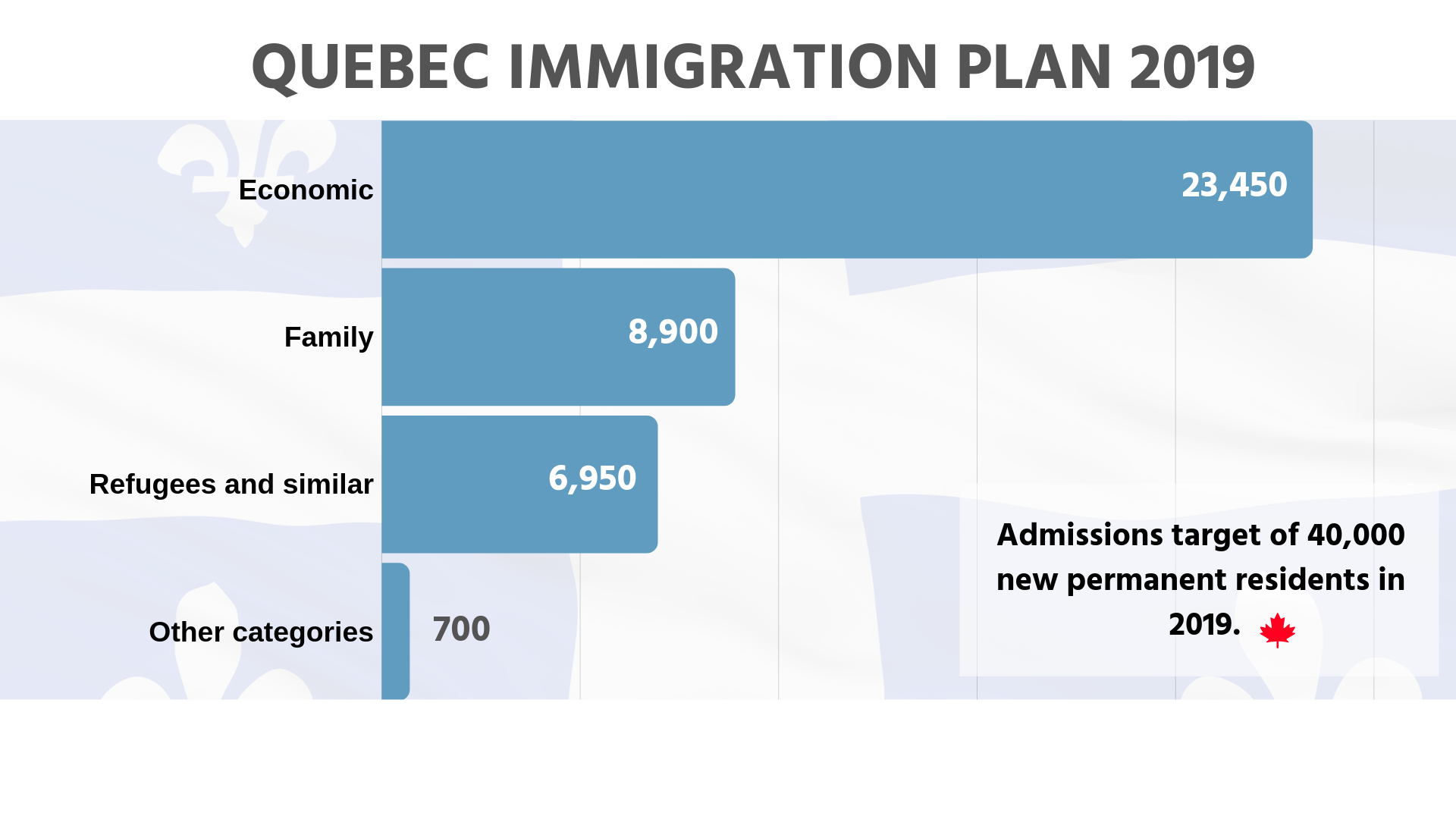 What is the Quebec Immigration Process?

Under the 1991 Canada-Quebec Accord, the Government of Quebec is responsible for selecting immigrants to the province. The selection process is managed by Quebec's Immigration Ministry, the Ministère de l’Immigration, de la Diversité et de l’Inclusion (MIDI).

The Quebec Selection Certificate, or Certificat de sélection du Québec (CSQ) is a document issued by MIDI that proves to Canada's federal government that an applicant has been selected for immigration to Quebec. Immigration candidates who are issued a CSQ can then apply for permanent resident status Immigration, Refugees and Citizenship Canada (IRCC).

The Government of Canada continues to oversee the following:

This page summarizes the various Quebec economic immigration programs and outlines the provincial immigration targets/ranges under each category for 2019.

This page also features a general overview of Quebec's proposed immigration plan for 2019.

What are Quebec's Economic Immigration Programs?

Foreign nationals who are interested in settling in Quebec can apply for a CSQ in one of the following economic immigration categories:

Are you eligible for selection as a Quebec Skilled Worker?

Get your score now with the Quebec Immigration Points Calculator.

The table below shows total admissions, including ranges and targets per category for 2019. This table also highlights the percentage of economic admissions against the overall number of admissions under all Quebec immigration categories:

Find out if you are eligible for Quebec immigration.