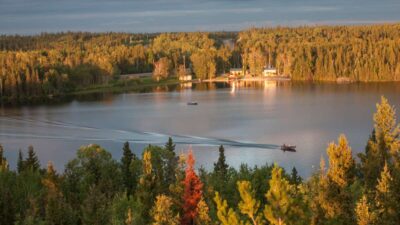 The invitations, known as Letters of Advice to Apply (LAAs), went to candidates in the Skilled Workers in Manitoba, Skilled Workers Overseas and International Education streams.

All three streams are part of the Manitoba Provincial Nominee Program (MPNP), which allows the province to nominate immigration candidates with skills required by local employers and the ability to settle quickly and establish themselves economically.

A total of 299 Skilled Worker in Manitoba candidates received invitations and the lowest-ranked candidate who received an LAA in this round had a score of 633.

The Skilled Worker in Manitoba Stream is open to eligible temporary foreign workers and international student graduates in the province who are currently working in the province. In order to be eligible for this stream, candidates must have a permanent, full-time job offer from their Manitoba employer, among other requirements.

Another 15 invitations were issued to Skilled Workers Overseas candidates identified through a Strategic Recruitment Initiative and the lowest-ranked had a score of 726. These overseas recruitment missions are conducted regularly by representatives of the Manitoba government, often in partnership with Manitoba employers.

Finally, another 41 invitations were issued to International Education Stream candidates. This stream is meant to provide international students who graduate in Manitoba and meet the needs of businesses with pathways that lead to provincial nomination.

Manitoba said 56 of the LAAs issued in the July 28 draw went to candidates in the federal Express Entry system with a job seeker validation code.

Candidates applying under these streams are awarded a score based on the answers they provide when completing their Expression of Interest profile, which is the mandatory first step for anyone who would like to be considered for immigration to Manitoba through these and other streams.

Candidates are then ranked in the Expression of Interest pool based on their scores and a set number of the highest-ranked are issued Letters of Advice to Apply in periodic draws from the pool.

Express Entry candidates who obtain a provincial nomination receive an additional 600 points toward their Comprehensive Ranking System (CRS) score, effectively guaranteeing that they will receive an invitation to apply for Canadian permanent residence.

So far in 2022, Manitoba has invited nearly 4,000 candidates through its PNP immigration pathways.