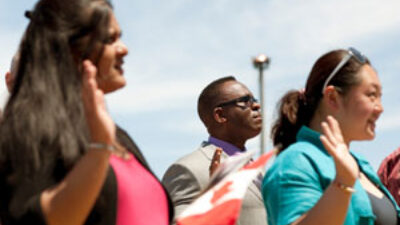 Minister of Citizenship and Immigration, Chris Alexander, announced that Canada has welcomed its 150,000 new citizen of 2014. This is around double the number compared with the same period last year.

The relative increase compared with 2013 can be attributed to a couple of factors. First, the government has made efforts to reduce backlogs and improve processing times. Second, many permanent residents anticipating the government’s changes to the Citizenship Act, which would extend the length of time a resident must reside in Canada before making his or her citizenship application, rushed to file their citizenship applications before the changes took effect.

"Our government is proud to welcome more new citizens to the Canadian family,” said Minister Alexander at a citizenship ceremony in Scarborough, ON, on August 18. “The increased number of new Canadians in 2014 is an indication that our government's changes to the citizenship system are working. With our recent changes to the Citizenship Act, we will see improved processing times and high numbers of new Canadians taking on the rights and responsibilities that come with citizenship."