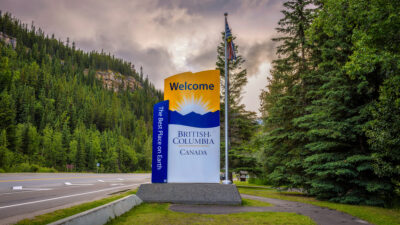 The province of British Columbia issued 316 invitations to apply for a provincial nomination to Skills Immigration and Express Entry BC candidates on January 16.

This draw follows a January 9 tech-specific draw when 35 candidates with a one-year job offer in a priority occupation were invited by the British Columbia Provincial Nominee Program (BC PNP).

The January 16 invitations went out to British Columbia immigration candidates in the Skilled Worker and International Graduate categories of the Express Entry BC and Skills Immigration streams. An unspecified number of  Skills Immigration: Entry Level and Semi-Skilled category candidates were also invited.

Candidates in the Express Entry system who obtain a provincial nomination from the BC PNP are awarded an additional 600 Comprehensive Ranking System (CRS) points.

Candidates who obtain a nomination through the BC PNP Skills Immigration Stream will have their applications for Canadian permanent residence processed by Immigration, Refugees and Citizenship Canada (IRCC) outside the Express Entry system.

Anyone interested in applying for immigration to Canada under the BC PNP Skills Immigration or Express Entry streams must start the process by creating an online profile using the program's online registration system. Submitted registrations are assessed and assigned a score based on various factors, such as education, work experience and other factors.

All candidates invited in the January 16 draw had to demonstrate an indeterminate, full-time job offer from a B.C. employer.

Learn more about the various BC PNP immigration categories.

The minimum scores for each category invited in the January 16 draw were as follows:

Complete our free online assessment to find out if you are eligible for any Canadian immigration program.