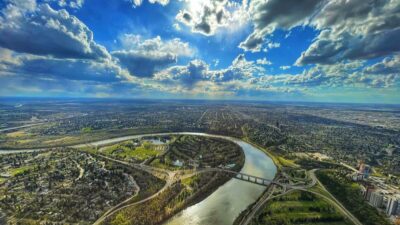 The Alberta Advantage Immigration Program (AAIP) invited candidates who had scores of at least 306 in the Express Entry system.

The last draw resulted in the lowest minimum score of the year, just a few points above 300, which is the minimum required to qualify for the Alberta Express Entry Stream.

Alberta has now invited 2,200 Express Entry candidates to apply for a provincial nomination since the start of the year.

To be eligible for this stream, candidates must have an active Express Entry profile, a primary occupation that supports Alberta's economic growth and diversification process, and have declared an interest in immigrating permanently to the province. Individuals who have an offer of employment in Alberta or who have graduated from a Canadian post-secondary institution, have family ties in Alberta or whose first language is French have an even greater chance of receiving a notification of interest.

Those eligible for Express Entry will get a score based on the Comprehensive Ranking System (CRS). Points are awarded depending on age, education, work experience, language ability in English or French, and other factors.

It is possible to immigrate through the Express Entry system without a provincial nomination, however, people who have lower CRS scores may opt for a PNP. Provincial nominees automatically get 600 points added to their overall score. If the lowest-scoring candidates in the new Alberta draw receive the nomination, their new CRS scores will be 900, more than enough to be invited in subsequent Express Entry draw.