Persons who are otherwise qualified to enter Canada as permanent residents, temporary workers, international students, or visitors may be denied entry if they (or their dependents) are determined to be criminally inadmissible by a Canadian Immigration Officer.

If you have been found criminally inadmissible to Canada, or you think you may be inadmissible, it is important to know that you still have options. 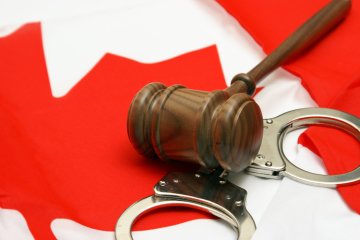 Depending on the nature of the incident, offences as seemingly minor as driving violations may render you inadmissible to Canada. You will need to know if past criminality will prevent you from entering Canada, and what steps to take before and during your Canadian immigration or visa application process in order to be permitted entry to Canada.

Some examples of convictions that could make you inadmissible to Canada include: DUI, DWAI, Theft, Petty Theft/Larceny, Assault, Drunk & Disorderly Conduct, Obstruction of Justice, Possession of marijuana, cocaine or other controlled substances/drugs, and cautions (issued in the United Kingdom).

Drinking and driving, or driving while under the influence are common offences that visitors or applicants may not realize can lead to a refusal of their application, or in their being refused entry to Canada.

Fortunately, you may still be permitted to enter Canada, either by way of deemed or individual rehabilitation, the issuance of a Temporary Resident Permit, or the preparation of a Legal Opinion.

If warranted in your particular situation, we can do the following:

If more than five years have elapsed since the completion of any sentence imposed and there have been no subsequent convictions, we can represent you in an application for a rehabilitation order.

If less than five years have elapsed since the completion of any sentence imposed, we can represent you in an application for a TRP.

Deemed Rehabilitation: If you were only convicted of one offence and the equivalent Canadian offence does not carry a maximum sentence of 10 years or more you are deemed to have been rehabilitated. No application is required, although we do suggest the preparation of a legal opinion by the attorney to take with you to the border.

Important note: The misdemeanor-felony distinction in U.S. law is not an important distinction for the purposes of Canadian immigration. Even misdemeanors may result in criminal inadmissibility.

If you have spent any time incarcerated or in jail, even if you have been detained temporarily we advise having a legal opinion prepared to explain the circumstances of the detention and convince the visa or border officer why you are not criminally inadmissible to Canada.