About The Northwest Territories

Take this opportunity to learn about the Canadian Northwest Territories.

The Northwest Territories (NWT), covering a large land area in the North of Canada east of the Yukon territory, is the second largest of the three territories of Canada. As a territory rather than a province, the Federal government has greater control over the territory's affairs. The Northwest Territories has a population of just over 43,000, almost half of which are Aboriginal. The largest urban centre and capital is Yellowknife, with approximately 20,000 people. 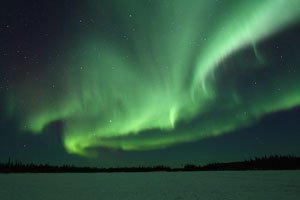 The NWT is situated above the Arctic Circle. For three months in summer, sunlight is almost continuous. In winter, however, darkness sets in and the light of day is barely seen for a quarter of the year. Climate in the Northwest Territories can be challenging. While in the south, summers are mild with long days, winters are bitterly cold with short days. In the North the cold is even more extreme.

Where is the Northwest Territories?

The NWT economy relies heavily on resource industries subject to wide fluctuations in world markets. Mining is the largest private sector industry, with major mines for ore including gold, uranium and recently diamonds. Oil and gas exploration and development in the Mackenzie River valley and offshore in the Beaufort Sea are also becoming important. The NWT has recently become home to a growing diamond industry as well, boosted by concerns about conflict diamonds from some other areas of the world.

Though the city remains small, the rapid growth of Yellowknife is bringing with it a more advanced service economy with a variety of opportunities. Though the boom is being managed carefully, the city is experiencing an influx of investment and people. Recent surveys indicate Yellowknife has the 3rd fastest growing economy in Canada, following only Vancouver and Toronto.

A large portion to the Northwest Territories population continues to rely on the Aboriginal peoples' traditional subsistence activities; fishing, hunting and trapping. Fur harvesting continues to be very important, supplementing the income of many Aboriginal families.

Development, while necessary for economic prosperity, is being carefully managed so as not to threaten the fragile Arctic ecosystem and the traditional lifestyles of the northern peoples.

The NWT unemployment rate is similar to the Canadian average of approximately 7%.

The geographic and climatic realities of life in the Northwest Territories can make the cost of living fairly high. Because of the higher transportation costs, many day-to-day items cost more than they would in major Canadian cities. Compensation, however, is higher in the NWT in order to offset the higher cost of living.

Average family income in the NWT is more than $105,000. The minimum wage stands at $10.50/hr. In order to attract skilled workers, employers will often pay a bonus or supplement in order to entice individuals to move northward to the NWT.

Housing in the NWT is often more expensive than the Canadian average, due to the costs associated with building structures capable of withstanding the cold climate. The average price of a house in the territory ranges from $275,000 to $310,000, making it one of the most expensive housing markets in Canada. However, the cost of a house can be 50% lower outside of Yellowknife than in the city itself.

In Canada, all citizens and permanent residents under the age of 20 are entitled to free education through the end of high school through the public school system. Despite the small population, the Northwest Territories has a comprehensive and first-rate public education system that covers a child from early childhood programs through Grade 12. The main school system is also augmented by apprenticeship programs and other training programs to prepare young people for careers. The schooling system is designed to meet the needs of indigenous communities as well as the general Canadian public.

The NWT has one major Post-Secondary institution, Aurora College, with campuses in Yellowknife, Fort Smith and Inuvik. The programs are directed specifically to the northern environment and the needs of individual learners, the workforce and northern communities.

Health care is considered a basic right in Canada. Under Canadian Law, all provinces and territories must provide universal, publicly funded health care to all citizens and legal residents of Canada. In other words, most basic health services in Canada are offered at no direct cost to the patient. Certain procedures that are not deemed necessary (such as elective cosmetic surgery and a number of dental care procedures, for example) are generally not covered, but the list of services paid for publicly varies from province to province.

Under the guidelines of the Canada Health Act, the NWT ensures that all residents have access to medically necessary hospital and physician services based on need, not on ability to pay. The NWT also provides a range of services beyond the Act's basic provisions.

The initial borders of the Northwest Territories covered a major portion of present-day Canada. Prior to 1870, the territory was under the control of the Hudson's Bay Company, at which point it was transferred to the newly-formed Government of Canada. Over time the territory was parceled off to form many of the provinces and territories today west of Ontario, beginning with Manitoba in 1870 and continuing to the creation of the Nunavut territory in 1999. Even after all of this loss of territory the Northwest Territories remains a vast territory extending over a large portion of the Arctic.

The changes in borders over the years have reshaped the NWT on a number of occasions. With the removal of populations to form or join other provinces, the character of the NWT evolved to become identified more closely with a Northern and indigenous identity. This frontier history has left a strong mark on the NWT, helping to define its unique modern-day culture.

The culture of the Northwest Territories identifies strongly with the region's aboriginal traditions. The descendents of the original Inuit inhabitants keep alive many of the languages and cultural practices of their ancestors. The NWT has eight official languages, with six aboriginal languages in addition to English and French. These traditional cultural elements are fused together in the Northwest Territories with modern Canadian culture to form a unique blend that is well appreciated by visitors to the territory.

Alongside the more traditional culture, Yellowknife is a growing modern city. One can find there many of the same stores, entertainment and other cultural elements you would find in any other Canadian city. However its Northern location and relative isolation give Yellowknife a strong community feel and a distinct character.

The population of the Northwest Territories has fluctuated significantly over the years with shifting borders and natural resource booms. The vast territory is now home to more than 43,000 people. Just under half of these individuals live in the capital city of Yellowknife, while the remainder are dispersed into much smaller settlements.

Nearly half of the residents of the NWT are of aboriginal descent. An additional 9% of the territory's population identify as Metis, a group of mixed aboriginal and French heritage. Combined these communities give a strong indigenous character to the territory. In Yellowknife however, one finds a mixed community much more characteristic of the rest of Canada.

Immigration to the province today is mainly to the capital city of Yellowknife. With the city's economy booming thanks to natural resources, individuals are moving to Yellowknife to take advantage of economic opportunities. The strongest growth area is in diamond mining, followed closely by the oil and gas industry.

As a territory rather than a province, the Government of the Northwest Territories has a smaller jurisdiction than its provincial counterparts in Canadian confederation. The Northwest Territories does have elected representation in both houses of Canada's federal parliament as well as its own democratically-elected legislative assembly.

There are 19 representatives in the Legislative Assembly of the Northwest Territories (located in the capital of Yellowknife). The territory has been led by Premier Robert R. "Bob" McLeod since October 2011.

The economic and political capital of the Northwest Territories, Yellowknife is home to approximately 20,000 people. With the growth of the diamond industry, new arrivals continue to flow into the town and add a level of energy and excitement to the city. With recent booms in the industry, unemployment in the city has fallen to an all-time low. As the capital city, government, along with the diamond industry, are the two major employers of Yellowknife. The city of Yellowknife is mixed and multicultural with representation from the various aboriginal communities in the region.

Finding a Job in the Northwest Territories

Education in the Northwest Territories