Canada is committed to a principle whereby persons facing removal from the country are not returned to a country or region where they would be in danger of being persecuted.

Persons facing removal Canada, such as failed asylum seekers, may be eligible for a Pre-Removal Risk Assessment (PRRA).

In reviewing a case, a Canadian immigration officer will consider: 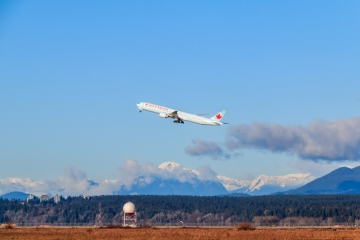 What is a Pre-Removal Risk Assessment?

An opportunity for people who are facing removal from Canada to seek protection by describing, in writing, the risks they believe they would face if removed.

What happens if an applicant is successful?

Approved applicants may remain in Canada. Most accepted persons become ‘protected persons’ who may apply for Canadian permanent residence.

Who decides on a PRRA application?

Application forms and written submissions (if any) must be sent to the Immigration, Refugees and Citizenship Canada (IRCC) PRRA Unit.

Individuals who made a refugee claim or who previously applied for a PRRA and their application was rejected, abandoned or withdrawn may not apply for a PRRA unless at least 12 months have passed.

However, there are certain instances in which the government of Canada will waive this requirement in the event of sudden changes in a country's domestic circumstances relating to security and safety. Over recent years, this measure has been applied to nationals of Haiti, Zimbabwe, and Russia, respectively.

On the other hand, individuals who come from a designated country cannot apply for a PRRA until at least 36 months have passed since their refugee claim or previous PRRA application was rejected, abandoned or withdrawn. Designated countries are those that do not normally produce refugees and respect human rights and offer state protection.

In effect, this creates three lists of countries and three corresponding wait times until an individual may apply for a PRRA: 12 months (which may be considered the default), immediate (for those countries and individuals whose circumstances have changed quickly), and 36 months (for designated countries).

PRRA: Exemptions to the bar

Individuals from countries that do not appear on either of the above lists fall under the default (12 month) bar on applying for a PRRA.