The government of Canada has created a special category of work permit that offers a facilitated route through which majority owners of a company can acquire the right to work in Canada legally.

For many businesspersons around the world, Canada is the logical choice to embark upon a new business venture or for expanding an existing business. The favorable economic climate, the work ethic of the people, and the diversity of the population are all factors that contribute to making Canada an ideal environment to operate a business. 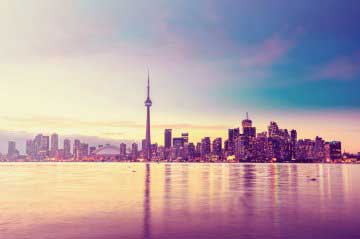 If business owners had to go through the same work permit process as other foreign nationals they would most likely be dissuaded from considering Canada as a viable option for the location of their company.

Generally, to obtain a work permit, a Labour Market Impact Assessment (LMIA) must first be conducted and approved. As part of the LMIA process, Canadian employers must demonstrate that employing a foreign worker will have a positive or neutral impact on the Canadian labour market, and that there is currently no Canadian citizen or permanent resident available to fill the position, which is typically done by advertising the position on several venues. Because of the reluctance to hire a foreigner for a position that could presumably be performed by a Canadian citizen or permanent resident, these applications are heavily scrutinized and are often refused if they do not conform precisely with requirements set forth by the government.

However, majority business owners (over 50% ownership) may be eligible for a work permit under the Owner/Operator stream, and as such, exempt from the advertising requirements of the LMIA. This facilitates the process greatly, as this is usually the most difficult hurdle of a LMIA and its ancillary work permit application.

The main purpose of this LMIA stream is to provide a facilitated route through which foreign nationals can enter Canada to run their business. Quite understandably, most business owners are protective of their company and are adamant about personally overseeing its operation in order to ensure it is running according to their specifications. If entrepreneurs had to surrender the helm of their Canadian company due to a lengthy and convoluted work permit application process, most of them would look elsewhere to start or expand their business. Fortunately, the government of Canada understands this and has had the foresight effectively address these concerns with the Owner/Operator LMIA stream.

Please use the form below to submit your inquiry about getting a work permit and working legally in Canada. A member of our team of work permit specialists will respond with an evaluation of your needs.

The Quebec government has released details of the province’s new immigration pilot programs that are to be implemented in 2021.