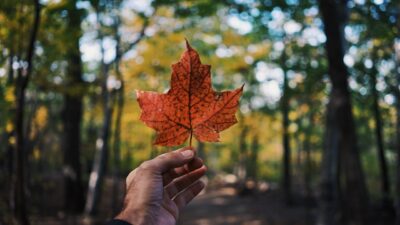 This past week was eventful for Canada's immigration system.

On Tuesday October 26, Canada's Prime Minister Justin Trudeau unveiled his new cabinet following his party's victory in the September federal election. Sean Fraser has become Canada's new immigration minister. Originally from Nova Scotia, Fraser is a trained lawyer who has served in Canada's Parliament since 2015. He will now be responsible for implementing Canada's post-pandemic immigration priorities, including welcoming over 400,000 new immigrants each year.

The following day, on October 27, Immigration, Refugees and Citizenship Canada (IRCC) held an Express Entry draw. It was the third largest Provincial Nominee Program (PNP) draw of this year with IRCC issuing a total of 888 invitations to apply (ITA) for permanent residence to candidates with a Comprehensive Ranking Score (CRS) of at least 744. IRCC has now issued 111,265 ITAs this year, compared with 107,350 last year. IRCC has only invited PNP and Canadian Experience Class (CEC) candidates throughout the year as it aims to prioritize those less impacted by coronavirus-related disruptions. There is no word on when it will resume inviting all Express Entry candidates.

Also on October 27, Ontario, which is Canada's largest province, held its largest PNP draw of the year. It invited 1,406 candidates with a background in the technology sector.

On October 28, Canada's second largest province, Quebec, announced its 2022 immigration plan. Due to its Francophone culture, Quebec has more power over its immigration system than any province or territory in Canada. It is able to set its own immigration levels, and it is looking to increase its newcomer target to up to 52,500 new immigrants in 2022.

Finally, on October 30, the Canadian government's new travel rules took effect. As of October 30, travellers 12 and over who use federally regulated transportation in Canada must be fully vaccinated. Canada has a grace period in place until November 29 allowing travellers who have begun the vaccination process to still travel as long as they provide proof of a valid COVID-19 molecular test. This policy applies to domestic and international flights from Canadian airports, VIA Rail and Rocky Mountaineer train passengers, and cruise ship passengers on voyages of 24 hours or more.