Temporary Suspension Of Removals Lifted For Citizens Of Haiti And Zimbabwe 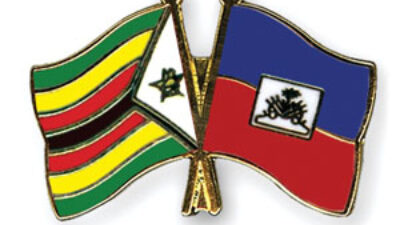 The temporary suspension of removals for Haitian and Zimbabwean nationals currently in Canada has been lifted. The lifting of the suspension, which had been in place due to dangerous situations in those countries, was announced by Minister of Public Safety and Emergency Preparedness, Steven Blaney, and Minister of Citizenship and Immigration, Chris Alexander.

Individuals affected have been given an additional six months to apply for permanent residence in Canada on humanitarian and compassionate grounds, with access to work permits while the application is in process, or return home voluntarily. There are about 3,200 Haitian nationals affected by the news, with most of them living in the Montreal area. The number of Zimbabweans affected is lower.

The Minister of Public Safety and Emergency Preparedness may impose a temporary suspension of removals on a country when the entire civilian population faces a generalized risk as a result of armed conflict or environmental disaster, with the Minister of Public Safety and Emergency Preparedness having additional scope to cover other humanitarian situations that are temporary and generalised. The conditions in Haiti and Zimbabwe have improved and the Government of Canada considers that there is no longer a generalized risk to the entire civilian population in these countries.

“Haitians and Zimbabweans have demonstrated tremendous courage in recovering from the earthquake of 2010 and years of political instability. After a thorough review of country conditions, the Government of Canada is lifting the temporary suspension of removals to these countries as others of our international allies have already done,” said Minister Blaney.

Minister Alexander added that “Canada is one of the most generous countries in the world, and we have extended that generosity for over 10 years to Haitians and Zimbabweans by allowing them to stay in Canada because of unsafe conditions in their home countries. With the temporary suspension now lifted, the uncertainty has ended and Haitians and Zimbabweans will have the opportunity to apply to make Canada their permanent home.”