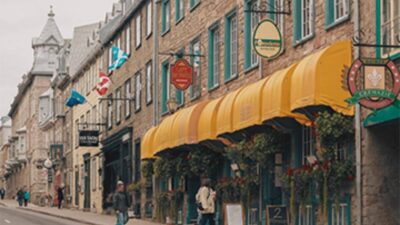 The Quebec government has released details of the province’s new immigration pilot programs that are to be implemented in 2021.

The details were published on October 28, 2020 in the Gazette officielle du Québec, a publication specific to the Quebec government.

These pilot programs were first introduced to address labour shortages within the province. Quebec is looking to attract and retain foreign workers whose skills match the needs of Quebec’s labour market.

The three immigration pilot programs will go into effect after a 45 day deliberation period.

The pilot program for orderlies aims to welcome up to 550 orderlies and nurse assistants into Quebec every year. In addition, family members will also be able to benefit from this program as they too will be given Quebec Selection Certificates. This program will last five years.

The pilot program for workers in artificial intelligence, information technologies and visual effects. It will also be a five-year program where 550 workers will be selected every year, as well as their families. The distribution of the selection will be equal between the artificial intelligence sector and the other two sectors. This program looks to attract new workers as well as retain workers who are already in Quebec.

Finally, the pilot program for workers in food processing will also be a five-year program. Up to 550 workers will be selected under this program as well as their families. The program provides a pathway to permanent immigration for workers in the food processing sector, in an effort to retain the workforce.

In addition, Quebec has also released information detailing the number of applications that will be received under economic immigration programs.

Quebec has also renewed the selection criteria for the Regular Skilled Worker Program, and it will remain in effect until November 1, 2021.

As for the Program for Refugees Abroad, up to 750 applications for group sponsorships will be accepted from April 6 to May 5, 2021. Groups are between two and five people.

Sponsorship applications for organizations are temporarily suspended until November 1, 2021, due to ongoing criminal and administrative investigations due to allegations of improper actions of some refugee protection organizations.