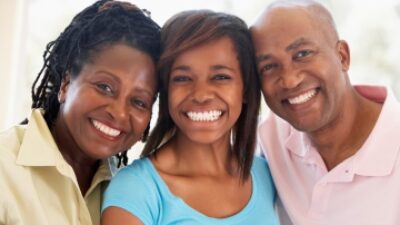 As of October 24, 2017, the maximum age of dependent children who may be included in an application for immigration to Canada will rise to include children under the age of 22, who are not themselves married or in a common-law relationship. Immigration, Refugees and Citizenship Canada (IRCC) confirmed the change in its official Gazette of May 3, 2017. Currently, the definition of a dependent child covers children under the age of 19 — a regulation that the Canadian government has criticized for being 'too restrictive'.

The previous Conservative government lowered the maximum age for dependent children on August 1, 2014. Before that date, from June 28, 2002, to July 31, 2014, the maximum age was set at less than 22 years of age. Consequently, the planned change to the regulations reverts the maximum age back to its previous definition.

In the lead-up to the general election last fall, the Liberal Party (currently in office) declared its commitment to family reunification. This commitment has been reiterated time and again since the Liberals came to power, and this latest proposed change is aimed at supporting these commitments. IRCC first announced its intention to change the definition of dependent children in autumn, 2016.

Raising the age of dependent children who may be included on an application to immigrate to Canada is seen as a key factor in keeping families together. In its announcement of the upcoming change, IRCC stated, 'A primary objective of this regulatory amendment is to enhance family unity and reunification by enabling Canadians and permanent residents to bring their young adult children between 19 and 21 years of age to Canada... When families are able to remain together as an economic household unit, their integration into Canada and their ability to work and contribute to their communities all improve.'

A further rationale for the upcoming definition change is based on the trend that children are remaining dependent on their parents for longer, often pursuing post-secondary education. Consequently, this regulatory change is expected to facilitate immigration for these young individuals aged 19 to 21, who are not currently able to join their parents on an immigration application. IRCC acknowledges that many children aged between 19 and 21 may not be eligible to apply for Canadian permanent resident status under an economic immigration program, essentially denying them the opportunity to join their family in Canada. While the minimum age for principal applicants under Canadian economic immigration programs is usually 18, many young people may not yet have the required education or work experience to make an application. Therefore, an explicit objective of this proposed change is to enable these young people to obtain permanent resident status while pursuing their studies and remaining with their families.

To find out if you are eligible to immigrate to Canada permanently, fill out a free online assessment form.