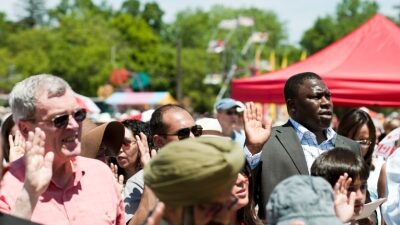 As expected, the Liberal government of Canada has introduced a bill that would repeal many parts of the former Conservative government’s citizenship legislation, known as Bill C-24. With a majority government in place, significant amendments to the Citizenship Act are widely expected to come into force in the near future.

Among the proposed amendments is the repeal of a controversial provision that revoked citizenship from dual Canadian citizens convicted of terrorism, treason or espionage. The proposed legislation would also reduce the amount of time permanent residents have to live in Canada in order to become eligible to apply for citizenship, from four out of six years to three out five years, and would allow applicants who spent time in Canada on temporary status to count this time towards the three-year requirement.

In addition, the proposed amendments would repeal the intent to reside provision and remove language proficiency requirements for certain applicants.

“I am very pleased to announce these changes which are entirely consistent with the promises we made during the election campaign and on which we as a government were elected,” said Immigration Minister John McCallum.

The Government is keeping its commitment to repeal certain provisions of the Citizenship Act, including those that led to different treatment for dual citizens. Canadian citizens are equal under the law. Whether they were born in Canada or were naturalized in Canada or hold a dual citizenship,” said Minister McCallum, who has recently echoed Prime Minister Justin Trudeau's in stating that "a Canadian is a Canadian is a Canadian."

A list of proposed amendments and how they correspond to the existing Citizenship Act can be viewed in the table below.