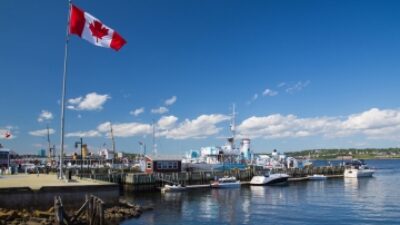 Canada's Atlantic provinces are set for a boost in immigration numbers after the federal government, together with the Premiers of the Atlantic provinces, announced a new pilot program to facilitate the entry of more immigrants through the Provincial Nominee Programs (PNPs). The plan is part of a new Atlantic Growth Strategy.

The pilot program, which is scheduled to last for an initial period of three years, will aims to bring thousands of new immigrants to the region by matching the needs of local employers with the skill sets of immigrants. In addition, additional efforts will be made to expedite the recognition of new immigrants' credentials.

Officials plan to admit up to 2,000 new immigrants and their families to the region in 2017. That number could rise in following years depending on how well the project performs.

"So it could be something like 4,000 people, and that number is scheduled to rise in coming years, depending on how well we do," said Minister McCallum, who added that he's heard "loud and clear" the message that Atlantic Canada wants to attract more immigrants to settle in the region.

"We will be open to a variety of skill classes, and we, in my office, will work with each government to develop a plan specific to their own province with a focus on particular occupations, particular regions and with a focus on engaging companies to not only recruit the immigrants but to undertake measures to keep them here," he said.

The Atlantic Premiers echoed the Immigration Minister's remarks, with New Brunswick's Brian Gallant stating "it is imperative that we keep our young people here, bring back Atlantic Canadians to the region and increase the amount of new Canadians coming to our four provinces. The immigration pilot program will allow more new Canadians to Atlantic Canada, provide more flexibility to the provinces and focus more efforts on retention."

Canada's Atlantic provinces has faced a demographic challenge over recent years, with stagnant or declining population growth and a shrinking workforce. At present, all four Atlantic provinces operate a range of immigration streams through the PNPs. Some of these programs have streams that align with the federal Express Entry immigration selection system, while other streams exist outside that system.

The Atlantic Canada Opportunities Agency, the federal government agency responsible for helping to create opportunities for economic growth in the Atlantic provinces, has provided the following details about the new pilot program. which will be designed to test innovative approaches that will help to enhance retention and that potentially could be replicated to other provinces and territories depending on results. Key aspects of this innovative approach include:

• Better Coordination: All key actors (federal government, provincial government, employers, educational institutions, communities and settlement agencies) would work closely together in an effort to ensure that all of the factors that will lead to increased retention rates are addressed as part of the pilot. Examples of this coordinated approach could include: working closely with partners to identify labour market needs, building better pathways to credential recognition, and cooperation on the provision of settlement supports (e.g. in rural areas).

• Enhanced Employer Engagement: Provinces would engage with employers to develop a retention-focused, wrap-around settlement approach. Employers would play an active role in the recruitment of candidates, providing support to immigrants and their families (e.g., language training, transportation, housing, job certification, etc), that will help facilitate the integration process.

• Enhanced Flexibility: This pilot would provide Atlantic provinces with the flexibility to focus on current labour market challenges in priority sectors. Recognizing that each province has unique needs, there would be an opportunity for each province to tailor the program to meet its needs. The pilot would include occupations with varying skill levels.

• Speed and Space: The pilot would include priority processing in order to ensure that identified labour market needs and shortages are addressed in a timely manner. It would also provide provinces with a significant number of additional nominations outside of the current Provincial Nominee Program (PNP) allocation.

• Robust Measurement/Reporting: There would be a particular emphasis on measurement of key indicators (e.g. retention, employer participation) and quarterly reporting in order to ensure that the pilot is working as designed and achieving results.

The pilot would be launched in early 2017 and run for three years.

Learn more about immigration to Atlantic Canada through the Provincial Nominee Programs: