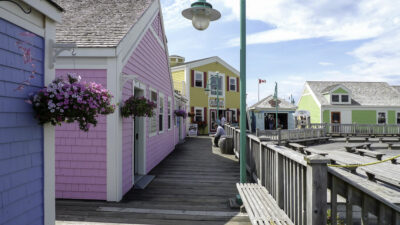 Newcomers to the province of Prince Edward Island will soon have easier access to citizenship, immigration and settlement services with the reopening of an Immigration, Refugees and Citizenship Canada office on the island’s capital, Charlottetown.

Immigration, Refugees and Citizenship Canada (IRCC) services had been available on the island until the office was shut down in 2012. However, with the number of new immigrants close to double what it was two years ago, the government is now taking steps to renew local access to services for newcomers on the island.

“[The establishment of a Charlottetown office] will provide newcomers with quick and easy access to services they need to succeed and save them both time and money,” Canada’s Immigration Minister, Ahmed Hussen, said of the office’s reopening.

Newcomers currently residing on Prince Edward Island have to travel off the island to obtain important services like citizenship testing and fingerprinting.

The reinstatement of local services on PEI suggests the success of immigration programs such as the Atlantic Immigration Pilot Program (AIPP), which was launched as part of the federal government’s Atlantic Growth Strategy in 2017.

The government recently extended the deadline of the three-year pilot to December 2021 to maintain the program's momentum and allow the Atlantic Provinces and IRCC more time to assess its medium and long-term impacts.

The federal government says the new office will work to support and build closer relationships with local employers and educational institutions looking to attract foreign nationals with skills needed in the country resulting in economic growth and the creation of middle-class jobs for Canadians.

IRCC did not provide an exact date for the opening if its Charlottetown office in 2019.