Citizenship and Immigration Minister Announces CAN+ Program in India 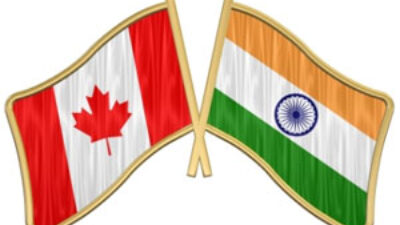 Canadian Citizenship and Immigration Minister Chris Alexander announced the launch of the CAN+ program in India yesterday during a visit to New Delhi. The program aims to increase processing efficiency for visitors coming to Canada from India.

CAN+ is open to Indian nationals who have visited Canada or the United States within the last 10 years. These visitors will receive accelerated processing, allowing for Visa officers to focus on other cases. This will result in more efficient overall processing times for Indian travellers.

Minister Alexander announced the launch of the program during an event which included representatives from India’s tourism, education and business sectors. He highlighted a number of government initiatives aimed to improve travel and trade from Canada to India. Among these programs are three visa “Express” programs for Indian businesspeople, tourists, and students, and 10 Visa Application Centres (VACs). He also announced a standardized multiple-entry visa at a reduced fee of CAD $100.

“Our government is committed to facilitating trade and travel for genuine visitors and business people from India who contribute positively to the Canadian economy,” said Minister Alexander. “We are pleased to launch the CAN+ program in India, making it faster and easier for Indians to come to Canada to do business, visit family or friends, or to bolster Canada’s tourism industry. We value our strong relationship with India and this relationship will further enhance our economic and cultural ties.”