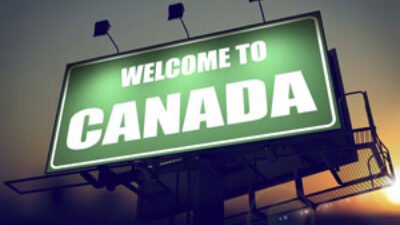 Following soon after yesterday’s news that a number of the first few successful applicants for Canadian immigration through the Express Entry immigration selection system have obtained permanent resident status, Citizenship and Immigration Canada (CIC) has performed its seventh, and latest, draw from the Express Entry pool.

This seventh draw, which was made the evening of Friday, April 10, issued 925 invitations to apply for permanent residence to candidates in the Express Entry pool who each had 469 or more Comprehensive Ranking System (CRS) points.

This represents the third draw in succession in which CIC selected a portion of candidates who did not have a qualifying job offer from a Canadian employer or a provincial nomination at the time they were selected. The first four draws from the pool, made between January 31 and February 27, selected only candidates who had either a job offer or a provincial nomination.

Though CIC continues to make regular draws from the pool and candidates without job offers or provincial nominations continue to be selected, this latest draw marks the first occasion in which the number of invitations to apply issued has decreased, relative to the previous draw. It is also the first instance of an increase in the minimum number of CRS points required in order for a candidate to be selected, relative to the previous draw.

Candidates in the Express Entry pool must be eligible for one of the following federal economic immigration programs: the Federal Skilled Worker Program, the Federal Skilled Trades Program, and the Canadian Experience Class. Eligible candidates may submit a profile into the Express Entry pool, where they are ranked according to the CRS. The government of Canada selects the top-ranked candidates on a priority basis when it performs one of its frequent draws from the pool. Candidates who are issued an invitation to apply for permanent residence then have 60 days to submit a complete e-application, from which point the government of Canada aims to process the application within six months. A number of early applicants have had their applications processed in under half that time.