Canada to welcome over 1.2 million immigrants in the next three years 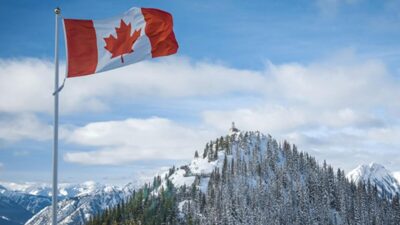 Details of Canada’s 2021-2023 Immigration Levels Plan have been announced.

The newest part of the announcement is Canada’s target of new permanent residents in 2023. This is because today is the first time this information has become available to the public.

Canada reintroduced the multi-year levels plans in 2017, after the first attempt between 1982-1984 was disrupted by a recession.

The reason the multi-year levels were reintroduced is to help stakeholders plan the steps that need to be taken in order to support the economic and social integration of newcomers.

Canada is looking to maintain high levels of immigration to address economic pressures the country is facing due to its aging population and low birth rate. In fact, more than 9 million Canadians will retire in the next decade. Canada has one of the world’s oldest populations and lowest birth rates. This suggests that Canada will become even more dependent on immigration to maintain a healthy economy.

Canada is currently welcoming just under one per cent of its population in immigrants. This is three times higher than the equivalent percentage of newcomers in the United States

Is Canada meeting their targets?

The previous multi-year immigration levels were announced earlier this year, on March 12. Canada had aimed that it would welcome over one million new permanent residents between 2020 and 2022.

Due to the COVID-19 pandemic, Canada had to implement travel restrictions in an effort to curb the spread of the disease. For that reason, Canada are unlikely to reach the immigration target it set for 2020.

With that said, Immigration, Refugees and Citizenship Canada (IRCC) continued to hold Express Entry draws throughout the pandemic which will see Canada breaking its Express Entry record. PNP draws across Canada also have continued.

The effects of COVID-19

The number of admissions have been growing. However, there has been a significant drop in the number of new permanent residents coming to Canada this year.

An explanation may be that there was a large number of candidates who were approved for permanent residence, but were unable to travel to Canada due to coronavirus-related travel restrictions.