Canada Plans to Increase Number of Visa Offices in China 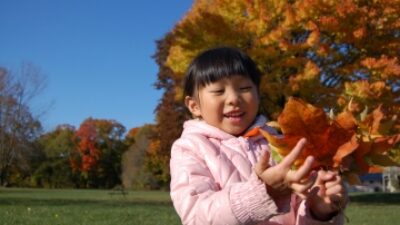 Canada’s Minister of Immigration, John McCallum, is currently in Beijing to meet with representatives from the Chinese Ministries of Foreign Affairs and Public Security to discuss opening five new Canadian visa offices across China.

McCallum is aiming to open the new visa offices in the near future, with a view to easing the pathway to Canada for Chinese nationals. These visa offices would process applications for temporary status in Canada, including Temporary Resident Visas (TRVs) and study permits. China provides more visitors to Canada than any other individual country. Chinese nationals require a TRV to enter Canada for a temporary stay.

The proposition for five new visa offices is particularly timely considering the expected introduction of new regulations for TRVs by 2018. While plans are not yet finalized, it is expected that applicants for a TRV may be required to present themselves in-person at a visa office. McCallum stated, “that means you have to fan out across the country,” in order to ensure that as many potential applicants as possible may access a visa office.

International Students at the Forefront

Chinese students are also a strong influence on McCallum’s plans. More than 120,000 Chinese nationals are currently pursuing a study program in Canada, meaning that Chinese nationals represent the largest group of international students in Canada by a significant margin.

Referring to both tourists and students, McCallum said he and his department aim to attract “the highest growth we can of tourists coming to Canada, of qualified foreign students who want to study in Canada. If that’s a doubling [in numbers], that’s great.”

The Liberal government has explicitly recognized that international students and tourists inject money into the economy and aid in job creation — two key objectives of the government. McCallum in particular has stated on more than one occasion that Canada should be doing more to attract international students, and encourage them to remain after graduation. International graduates in Canada may apply for a Post-Graduation Work Permit and, eventually, for permanent resident status.

A Bright Future Ahead

McCallum’s visit to China precedes Canadian Prime Minister Justin Trudeau’s official visit at the end of August. With immigration reform a priority for the Liberal government, further developments in Sino-Canadian immigration agreements may emerge during that visit. Canada has been a popular destination for Chinese migrants for many years, and Chinese languages are the third most wide spoken language in Canada after the two official languages, English and French.

Between 2006 and 2014, the number of Chinese nationals holding work permits under the International Mobility Program and the Temporary Foreign Worker Program rose by 478 percent. Moreover, over recent years China has been among the top source countries for new Canadian permanent residents. Chinese nationals also make up the majority of applicants to the Quebec Investor Program.

With the planned introduction of five new visa offices, the process of obtaining a temporary permit to stay in Canada for a visit, studies, or work may become even smoother for many Chinese nationals.

To get more news relating to studying in Canada delivered straight to your email inbox, sign up for the Canada Study Newsletter today.