Canada has already welcomed over 300,000 new permanent residents in 2022 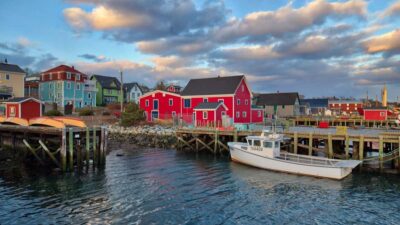 Canada is on track to meet its Immigration Levels Plan target of 431,000 new permanent residents by the end of 2022 according to the open data portal available on the website for Immigration, Refugees and Citizenship Canada (IRCC).

Immigration Minister Sean Fraser says Canada has welcomed over 300,000 new permanent residents already this year, a number that has only been hit a handful of times and always took a full year to reach. The previous record was 2021 which had a total of 405,330 newcomers in Canada, mainly through Provincial Nominee Programs and the Canadian Experience Class (CEC).

It is possible that if immigration continues at the current rate over the remaining four months of the year, Canada could exceed its target. To facilitate these numbers, IRCC has recently announced measures such as making the application process 100% digital as well as hiring an additional 1,250 new staff members.

Data shows that the largest number of new immigrants, 68,280, have arrived from India. This is a far jump from second place, China at 16,540. The other top five source countries are Philippines, Afghanistan, and Nigeria.

Provincial nomination numbers have also increased since last year. More than a third of immigrants chose to settle in Ontario, regardless of if they are economic, family class or refugees. British Columbia was the second most popular province for newcomers to settle.

Canada is continuing to push for an increased number of immigrants as it deals with a historically low unemployment rate as well as over one million job vacancies. The increased amount of retirement over the next decade, combined with a low birth rate, means Canada is not able to support the labour force or economy without immigration.