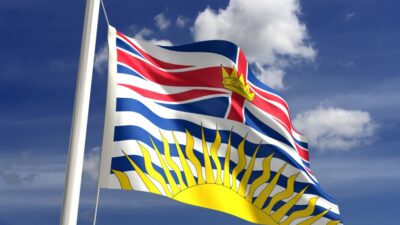 The British Columbia Provincial Nominee Program issued new invitations to 175 candidates in its Skills Immigration and Express Entry categories on May 30.

For the May 30 invitation round, a portion of the candidates in the Express Entry BC: Skilled Worker and  Express Entry BC: International Graduate sub-categories with a minimum score of 95 under British Columbia's Skills Immigration Registration System received invitations.

Candidates invited in these Express Entry sub-categories, who successfully receive a provincial nomination from the province, obtain 600 additional points under the Comprehensive Ranking System (CRS).

The rest of the candidates invited under British Columbia's Skills Immigration Streams will have their applications for permanent residence processed outside the Express Entry system.

The first step for individuals interested in immigrating to Canada through the British Columbia Provincial Nominee Program (BC PNP) is to create an online profile with the BC PNP and complete all sections of the registration form. Once a profile is assessed, applicants receive a score based on civil status, education, work experience, and other factors. They are then entered into BC PNP selection pool.

It is important to note that BC PNP candidates must have an indeterminate, full-time job offer from an employer in the province to become eligible for the majority of Canadian immigration categories managed by the BC PNP.

The minimum scores for each category involved in the May 30 draw were as follows:

It is important to note that an invitation to apply to the BC PNP is not the same as a federal government Invitation to Apply (ITA).

If you are interested in immigrating to Canada through the BC PNP, use the exclusive CanadaVisa Skills Immigration Registration System Calculator to determine how many points you may be awarded under the BC PNP.

For more information on the eligibility criteria for the BC PNP’s categories, please visit our dedicated BC PNP.