Immigration, Refugees and Citizenship Canada (IRCC) has broken two of its own records in its most recent Express Entry draw, which took place on April 12, 2017. This draw saw more Invitations to Apply (ITAs) issued to candidates in the Express Entry pool than any other single draw since the Express Entry system was introduced in January, 2015. Moreover, the minimum Comprehensive Ranking System (CRS) score a candidate needed in order receive an ITA dropped to 423, the lowest yet required.

Candidates who received an ITA in this draw are now in a position to submit an application for Canadian permanent resident status to the federal government. Accompanying family members, including spouses or common-law partners, as well as dependent children, may also come to Canada along with the principal applicant. IRCC aims to process complete submitted applications within six months.

For an in-depth analysis of the April 12 draw, including scenarios of how candidates received an ITA, please refer to this article on CICNews.com. 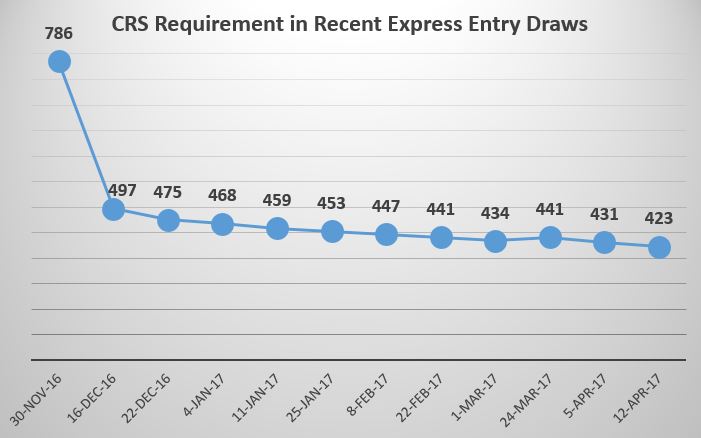 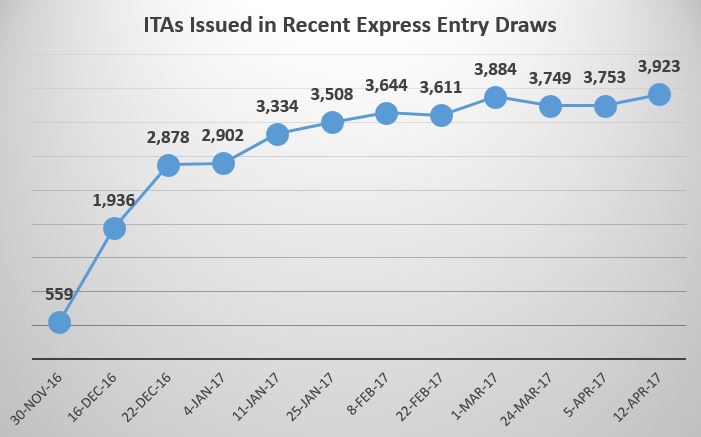