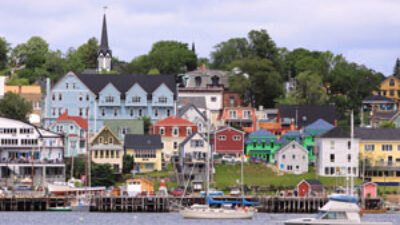 On January 27, 2017, the government of Canada unveiled its Atlantic Immigration Pilot Program. First announced on July 4, 2016, the plan is part of the Atlantic Growth Strategy, and sets out key immigration objectives for the provinces of New Brunswick, Nova Scotia, Prince Edward Island, and Newfoundland and Labrador (collectively, Atlantic Canada).

According to a statement from the government of Canada, the region's shrinking labour force and ageing population mean that "immigration of skilled workers is required to meet pressing labour market needs and to ensure long-term economic growth and continued success for Atlantic Canada."

The Atlantic Immigration Pilot has been designed to improve the settlement process for newcomers, by ensuring that economic immigrants that arrive through the program have a job offer and settlement plan.

The Atlantic Immigration Pilot is an immigration program that is expected to invite skilled workers from overseas, and international graduates from institutions in the region, to immigrate permanently to the four provinces of Atlantic Canada. To expedite the process, it is stated that a Labour Market Impact Assessment — a document obtained by an employer to prove that no Canadian citizen or permanent resident was able or willing to fill the position — is not required in order to extend an offer of employment to a skilled worker from overseas.

Furthermore, the pilot is designed to issue temporary work permits to skilled immigrants so that they and their family may come to Canada immediately, and begin working and settling in the region during the processing of their applications. Certain requirements are involved in order to qualify for this temporary work permit.

The statement further explained that applications to Atlantic Immigration Pilot programs will be accepted from March 2017. Up to 2,000 applications may be accepted in 2017 — this number includes both the principal applicants, and any accompanying family members.

There are three broad categories contained within the pilot program:

Further eligibility requirements apply to each of the above categories. Please consult the table below for further details.