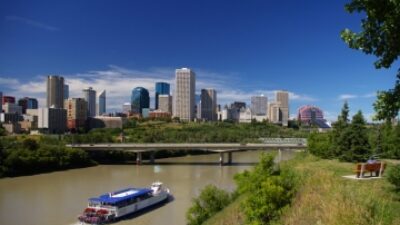 The government of Alberta, with federal approval, has launched an Employer Liaison Service that aims to match open job positions with qualified local workers. As part of this two-year pilot program, Albertan companies will not be allowed to avail of the Temporary Foreign Worker Program (TFWP) when hiring in any of 29 high-skilled occupations.

These occupations have been placed on a "refusal to process" list, and companies attempting to hire in these categories through the TFWP will instead be contacted by the Alberta department of Labour and directed to potential workers locally.

However, according to Employment and Social Development Canada's open data portal, of the nearly 10,000 temporary foreign workers who came to work in Alberta in 2016, only 400 were in the now restricted skilled employment categories

The policy is the first of its kind in Canada, and federal Minister of Employment, Patty Hajdu, was on hand in the provincial capital, Edmonton, to launch the initiative, along with Alberta Labour Minister, Christina Gray.

"We're putting Albertans first in line for available jobs across the province. By helping more people get work, we will strengthen Alberta's economy; I'm proud to be launching this program as a joint effort between Canada's and Alberta's governments," stated Hajdu.

As the provincial and federal governments continue to work together, additional ways to keep locals first in line for jobs will also be considered, including opportunities for people who are underrepresented in the workforce, such as newcomers, youth, indigenous peoples, and persons with disabilities.

Canadian employers: To learn more about your options for hiring foreign workers, please visit this TFWP page. If you wish to hire through the TFWP, please contact wp@canadavisa.com. A legal expert will provide a free consultation.

Foreign workers: If you have received a job offer from a Canadian employer and wish to submit an inquiry about getting a work permit and working legally in Canada, please complete the form on this page.