A look back at immigration news from the past week 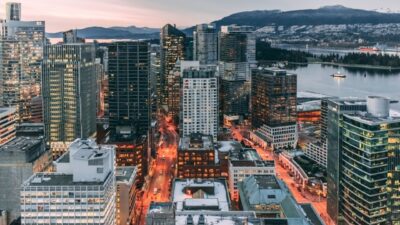 This puts Immigration, Refugees and Citizenship Canada on track to reach its goal of welcoming 401,000 new immigrants to Canada in 2021.

On November 2, a new list of occupations eligible for facilitated processing under the Temporary Foreign Worker Program (TFWP) was released by Quebec's Minister of Labour and Acting Minister of Immigration, Jean Boulet via a press release.

In addition, Quebec has also announced that many other labour jobs that give on-site training, such as cashiers, counter staff and cleaning staff, will be exempt from advertising requirements. The changes also include raising the threshold for foreign workers that can be hired in a business from 10 to 20 per cent for certain sectors of the economy.

The measures put forward last week by Quebec were submitted to the federal government and an agreement is expected to be reached "within the next few weeks," according to the press release issued by Minister Boulet.

Due to its unique constitutional relationship with Canada, Quebec decides who is eligible to immigrate to the province as a way to protect its culture and French language.

Once approved by the federal government, the new measures would be in effect until December 2023.

Also on November 2, Canada announced it is opening eight more airports to international flights as of November 30. These airports will be added to the 10 airports already operating in the country. According to the Canadian government, the implementation of vaccine passports and the vaccination program are among the key factors that have allowed it to gradually reopen the country to international travellers.

“Increased vaccination levels have allowed us to safely re-open these additional Canadian airports to international passenger flights," the Minister of Transport said in a statement.

Lastly, on November 5, intake closed for Canada's Temporary Residence (TR) to Permanent Residence (PR) programs aimed to admit 90,000 essential workers, international student graduates, and French speakers. The programs were launched in May and, according to information available on the Government of Canada website, are not being extended beyond the originally announced intake period.

The stream for international student graduates filled up within 25 hours of opening, and the non-healthcare essential workers’ stream closed in July. There are currently more than 13,000 spots available for essential workers in healthcare jobs in the English stream. For the French streams, the government reports nearly six thousand applied across all three programs.