Attorney David Cohen is more than an immigration consultant; he is an experienced Canada immigration lawyer authorized by Immigration, Refugees and Citizenship Canada (IRCC) to represent you in all matters pertaining to Canadian immigration. 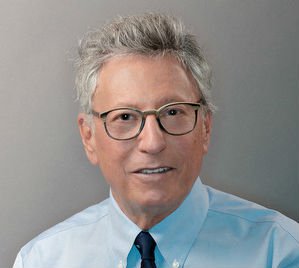 More recently, he was appointed a governor for life of the Fondation du Barreau du Québec and was invited to join the Leaders’ Roundtable on Immigration of the Conference Board of Canada. He has appeared before a number of Canadian Government Parliamentary Committees on issues pertaining to immigration matters.

David Cohen started his practice as an immigration attorney in 1976, at a time when the government of Canada was radically changing its immigration policies and regulations. In 1994, Cohen launched CanadaVisa.com and became one of the first lawyers in Canada to offer a full range of Canadian immigration services and consulting to prospective immigration applicants and foreign workers over the internet.

David Cohen and his staff provide the full range of Canadian immigration services to foreign individuals, small enterprises and multinationals alike. His team of Canadian Immigration specialists takes on the complete preparation of permanent residence and temporary work permit applications and dispenses experienced, expert advice at every stage throughout the process. David Cohen also provides immigration assistance and legal services pro-bono based on compassionate grounds as the need arises.

David Cohen is managing editor of the CICnews Canadian Immigration Newsletter, a weekly publication with more than 1,000,000 subscribers. He also moderates a web-based public discussion forum, which covers topics relating to Canadian migration and settlement.

You may verify that Attorney David Cohen is a member in good standing of a Canadian Law Society and therefore authorized to represent you. You may also view David Cohen's professional credentials and read his blogs on Canadian immigration issues.