Take this opportunity to learn about the Canadian province of Manitoba.

Located in central Canada, Manitoba is one of Canada’s three Prairie Provinces. Manitoba home to over 1,272,000 people. The largest city in the province is the capital, Winnipeg, with a population exceeding 780,000. The second largest city is Brandon, with a population of around 53,000. Manitoba has received increasing numbers of immigrants in recent years. Currently, there are over 13,000 immigrants choosing to settle within its borders annually. 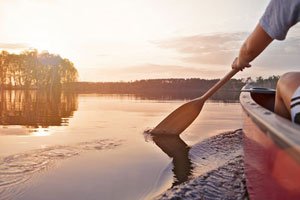 Manitoba’s principle industries are mining, manufacturing, and agriculture. Traditionally farming has been a major occupation for Manitobans, and the rich farmlands in southern Manitoba produce wheat, barley, oats, sunflower, flax and canola crops, as well as dairy and livestock farms. From this agricultural base a considerable food processing industry has emerged. In addition, Manitoba is home to considerable manufacturing, aerospace and transportation industries. Winnipeg has a sizable financial and insurance industry, as well as government administration and services.

The unemployment rate in Manitoba is presently 5.6%, well below the Canadian average of 6.8%. The economy is expected to continue its recent growth. While this should provide robust job creation, the Government of Manitoba also provides programs to help immigrants settle and find jobs in the province. Among these are free English as an Additional Language (EAL) classes, job preparation programs, and mentoring with Canadians in your profession.

One of the most appealing aspects of living Manitoba is the low cost of living, making it possible to enjoy a very comfortable life. Housing, energy, insurance and post-secondary education in Manitoba are all among the least expensive in Canada. With a lower share of income dedicated to these costs, Manitobans have more money left over to spend on other things. One such example is a cottage/vacation home, as Manitobans have the highest rate of vacation home ownership in Canada. Residents of the province also play golf more than anywhere else in Canada.

Manitoba has a mandatory minimum wage in Canada at $10.70. Manitoba also has the fourth-lowest marginal personal income tax rate in the country.

Not to be underestimated, the friendly nature of Manitobans also contributes to the quality of life in the province. Manitobans volunteer at a higher rate than any other Canadian province, and they also give the highest proportion of their incomes to charity. This generous spirit helps to create supportive communities that can help new Canadians get off to a good start in the province.

The low cost of housing is one of the major draw factors about living in Manitoba. The province’s residential housing market is very competitive, and affordable housing is readily available. The average house price in Manitoba is $271,000, which is among the lowest of any province in Canada. The average percentage of household income taken up by ownership costs varies between 15-30 per cent.

Another benefit of the housing market is that without too much urban sprawl, one does not have to go too far outside the cities to find a good place to live. Winnipeg has the shortest average distance to commute to work of any Canadian city over 500,000 people, with an average under six kilometres. The shorter commute means more time available to spend at home with family or taking part in other activities.

Manitoba has an extensively documented aboriginal history, including settlement by Cree, Ojibwa and Sioux peoples. The influence of these peoples remains in the province today, including its name, which is thought to come from the Cree word for “strait of the Manitou spirit”. The territory was acquired by the Hudson’s Bay Company in the 1600s and was traveled in the fur trade. The province of Manitoba joined Canadian confederation in 1870, just three years after the establishment of the country. Shortly afterwards there was a rebellion by the Metis people, a community who trace their heritage to both French and aboriginal lineage. The Metis were upset that they were not given land that they were promised by the Canadian government.

At the time the province entered Canada, Manitoba was only a fraction of its current size. The province reached its current size and shape in steps that culminated in 1912. One famous event in the province at this point in history was the Winnipeg General Strike of 1919. The strong labour movement of the time managed to shut down commerce for six weeks while striking for improved working conditions. The conflict between workers and managers is a crucial point in the history of Canada’s labour movement.

While Manitoba fell behind some other Canadian provinces in growth for a period, the province is now forging ahead with growing industry and new businesses. Though some of the more rural farming culture remains in the province, Winnipeg is a modern city that is home to some major Canadian corporations such as Great-West Life (a financial and insurance conglomerate) and CanWest Global (a major media company). The province is growing at a healthy rate and looking to increase immigration to help fuel this growth.

Manitoba has long been a very unique blend of different cultures brought together by immigration. Multiculturalism, which is a policy throughout Canada, has been embraced very strongly by Manitobans.  Manitoba celebrates dozens of different ethnic festivals each year, highlighting the strength of the various cultural communities in the province.

Manitobans have a reputation for being open, friendly and generous people. The province has very high rates of volunteerism and generosity towards charitable causes. Visitors and newcomers consistently report supportive and friendly people eager to help.

Winnipeg has also long been a home for the arts. The city hosted the first Royal ballet company in the British Commonwealth, and has an internationally recognized symphony orchestra. In the provincial capital one can find a burgeoning independent music, art and comedy scene. Winnipeg is also home to the young singing sensation Maria Aragon, whose parents immigrated to Winnipeg from the Philippines, and who was profiled in the CIC News article Singing an Immigrant's Tune to Success.

Built on immigration, Manitoba counts among its residents people who claim heritage from every region of the world. Over 100 languages are spoken by people residing in the province, as residents are able to retain their cultural heritage while becoming Canadian.

Immigration to the province has generally come in waves, each dominated by people from a small number of countries or regions. People of British, German, Irish, Ukranian, Dutch and Polish account for the largest communities in the province. Manitoba is also home to a large population of Metis and First Nations peoples, together accounting for nearly 17% of the province’s population.

Manitoba has reached an annual rate of immigration of approximately 13,000 people as its industries continue to grow. In turn, many immigrants to Canada are choosing to settle in Manitoba thanks to its low cost of living, good quality of life and friendly communities. Individuals with skills and resources to contribute to Manitoba’s development may also immigrate to Canada under the Manitoba Provincial Nominee Program.

Canada’s government works on a federal system, with control over certain affairs belonging to the national government in Ottawa, and others under the control of the provincial governments. The province of Manitoba has its own democratically-elected parliament, known as the Manitoba Legislative Assembly, which is found in the provincial capital of Winnipeg. 57 representatives are elected to represent regional districts in general elections. The current government of the province is led by the New Democratic Party of Manitoba, headed by Premier Greg Selinger. The last general election was held on October 4, 2011.

The capital of Manitoba and home to over half of its residents, Winnipeg is located very close to the geographic center of North America. As the provincial capital and Canada’s eighth-largest city, the city is home to both government administration and major commercial offices. With several post-secondary institutions in the area, Winnipeg is a major research and development center for the region, a factor that helps draw such companies as Boeing and Bristol Aerospace to locate offices there.

Winnipeg is also known for its long and cold winters, which have earned it the nickname “Winterpeg”. The upside, however, is that summers in Winnipeg are quite warm. During the warmer seasons, Winnipeggers take advantage of the abundant recreational opportunities provided by the red river and nearby lakes. Summer is a time of many festivals in Winnipeg, celebrating the arts and cultural communities.

The city is home to a thriving artistic community. For the more traditional arts, one can enjoy the Royal Winnipeg Ballet, the Winnipeg Art Gallery, or the Winnipeg Symphony Orchestra. The city is also home to the Winnipeg Fringe Theatre Festival, the second largest in North America (the largest is found in Edmonton, Alberta) as well as popular jazz and folk music festivals.

U.S. to reopen border with Canada for vaccinated travellers on November 8

Travellers from Canada who are fully vaccinated will be able to cross the border into the United States beginning November 8.