Madi667 said:
Hi Guys, this is my first time posting in here but I'v been reading a lot of updates and stories.
I finally got approved today. I've just got an email from my rep with the COPR attached.
AOR May 25th
Medical exam July 13
Biometrics October 19
COPR today March 25, 2021.

Hope everyone gets it as soon as possible. It's been so tough waiting for a very long time. All who applied in May, cheer up. You will get it.

Thank you all for this great forum!
Click to expand...

Hello Friends,
Has anyone received an email like this,
My AOR- 10th May, Everything is passed except Criminality.

Thank you for your interest in Canada. We are looking forward to having you here.

Due to the impacts of coronavirus disease (COVID-19), we’re experiencing longer than usual processing delays. Rest assured, we are still actively processing your Economic Class – Canadian Experience Class (EE) application, but it will take longer than usual to get back to you.

This also means that we are unable to provide accurate processing times on individual applications at this time. As a result, we have removed the progress bar in the online account of Economic Class – Canadian Experience Class (EE) clients. You can still get the most current information about the status of your Economic Class – Canadian Experience Class (EE) application by checking the ‘Details about application status’ section in your online account.

In order to provide you with the most up-to-date information about our current processing capacity, we are posting weekly updates on expected processing delays by type of application.
Reactions: RAMAAA91
F

Everybody waiting will receive it. I did
T

ForUs2020 said:
Everybody waiting will receive it. I did
Click to expand...

Dont know what they are thinking about our applications..
Have been in this country since 5 years, never thought I would struggle like this to get through of this pipeline.
F

Therealdurgesh said:
Dont know what they are thinking about our applications..
Have been in this country since 5 years, never thought I would struggle like this to get through of this pipeline.
Click to expand...

And with this mail, they think they have pacified us. Ha!!
T

ForUs2020 said:
And with this mail, they think they have pacified us. Ha!!
Click to expand...

Lets see, what they else do to surprise us..
L

anantha27 said:
Surprised, why the May applicants are not processed by this officer.
Click to expand...

I am waiting since April 24,2020!! Likewise so many March, April applicants are also waiting 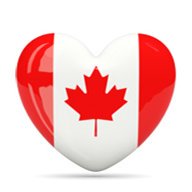 I am PNP Inland(Alberta) on Express Entry stream with spouse as dependant. Am I considered CEC?
Details: I have created EE profile, then chose Alberta as my interest province and received provincial nomination to my profile as 600 points. I currently reside in Alberta

Since I am still in express entry profile am I considered CEC?

I know this is all going to sound like I’m making up a conspiracy theory but based on so many people from January - May 2020 having zero update since October I think it’s a decent guess as to what is going on.
I am AOR April 21, 2020. CEC Inland. Only check remaining is criminality, this has been “in progress” since July 19, 2020. Biometrics were updated October 18 from those provided in January 2020.
I am pretty convinced that a significant portion of us are being purposely overlooked by the government here so that they can meet their data targets. If they were to stop processing a large number of applications from January -June 2020 in October 2020 (when they announced new immigration targets of 1.5M permanent residents by 2023) in favour of working on applications from the second half of the year then they could keep the average processing time lower and remain on track to hit their targets. This could easily be done because of so many applications were waiting on biometrics, most of which were updated in October.
If they had processed them in order then it’s likely that people who applied say in September 2020 would have to wait a year and they would never catch up with their targets.
But if they stopped a significant number of applications from March, April, May then they could work on those later ones and process them in say 6-8 months (or less, people who applied in September were actually told 4 months). Which would allow them to stay on pace.
So I think they have halted work on a large number of applications, such as mine, to avoid having significant delays in the future. Rather than processing them in the order they came in.
That way they can keep their processing times at 6-8 months in the long term but anyone that’s application was halted would expect to wait 10 months+ to have theirs processed because they have decided not to process.
It’s all very conspiratorial I know but based on dates of people who are still waiting from last year (mostly people from March, April, May) and the fact that there are people who applied in September who’ve been accepted already I think that’s what they’ve done.
It’s a numbers game and they don’t care if a few thousand people have to wait because they don’t have to be accountable to them and they don’t have to tell them anything.
What do they care if some people have to wait 18 months if they have already paid? As long as their processing time averages out to what they need it to it doesn’t matter who gets shafted.
I don’t think any of this is illegal either, but it is totally immoral and should not be happening. It is ruining people’s lives, I myself have not been able to work since April 2020, I have had no healthcare coverage and I can’t leave the country because my application definitely wouldn’t be processed. But because there is no transparency or accountability we can’t do anything about it. I’m going to keep calling them every week and emailing them every week until they process my application. And once this is over I’m going to contact a lawyer because this has turned my life upside down and I’m not going to accept it.
Reactions: Lizz456, Immigration44, Cloy812 and 5 others
A

I see the latest update on my account that medical exam is passed since yesterday. Criminality is still in process...
Reactions: JaxT
J

My PR application got approved today. Awaiting COPR document, though I can see the document number in portal. Got a GU last weekend. No emails for GU

Hope everyone waiting gets it soon!
Click to expand...

Today got COPR document in email as well. It's been a total of 2.5 years effort for me (ECA,IELTS to COPR) and glad that the end result feels great

Below is my timeline:

Hope everyone waiting gets it soon!
Thanks to the everyone in this wonderful forum and big thanks to @legalfalcon & @caipsnotes for great information & knowledge.
Reactions: caipsnotes, Sidd_Sanghvi, tinu28111987 and 4 others
I

Hi guys 1st time posting here. Applied inland cec Ee on May 23 2020. No update on profile since October 6 that says biometric met. So frustrating and stressful.
I