Hey guys, I’m really stuck with this one and not sure what to do now so any input will be greatly appreciate.

I have a question about the implied status and the presence calculator.
I applied for PR twice, the first time my application was refused cause I lost my job (long story). before it was refused I applied for the Bridging Open Work Permit cause my work permit was about to end and I wanted to stay in the country while waiting for the result. My PR application was eventually refused and I knew that the BOWP permit will also be refused because of that so I decided to pack my bags and go back to my country of origin. While I was already back in Europe getting ready to reapply I received my BOWP refusal. I reaplied from Europe and got my PR in 2018.
My questions are:
1. Can I still claim those implied days (about two months) from when I was still in Canada and before I received my BOWP refusal?
2. How do I put it in the presence calculator? There is no such thing as implied status in that drop down box
3. What would be the end date ? My work permit ended in November 2016 but I’ve got the BOWP refusal in February 2017? 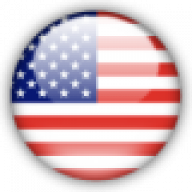 Implied status is a type of temporary residence that continues/extends the prior temporary resident status you held, such as worker or student, until the date a decision is made on your application.
J

primaprime said:
Implied status is a type of temporary residence that continues/extends the prior temporary resident status you held, such as worker or student, until the date a decision is made on your application.
Click to expand...

thank you for your reply.
Would you be able to help me out with this one too please? I have a question about point #9 b) on the citizenship application. They are asking about any temporary resident status. I had a work permit that was about to end in 2016 but before it ended I applied for bridging open work permi. The bridging permit was refused (long story) but on the refusal letter is states that my temporary resident status ends the date I received the refusal letter which was 2 months after my original work permit ended.
Which end date should I put in the question 9? The end date from my work permit or the date of the bridging work permit refusal which was 2 months later?
Thanks

primaprime said:
The end date of your temporary resident status.
Click to expand...

Actually I have one more question. I don’t know if I ask weird questions or hard questions but for some reason most of my questions have been unanswered on this forum. Id appreciate your opinion here.
Dos it matter if I sent over my health card or driving license as the second id with my Passport? Is any of these two better option than the other? I’m asking cause Ive got my PR in early 2018 and just last month did my G1 drivers license.
thanks